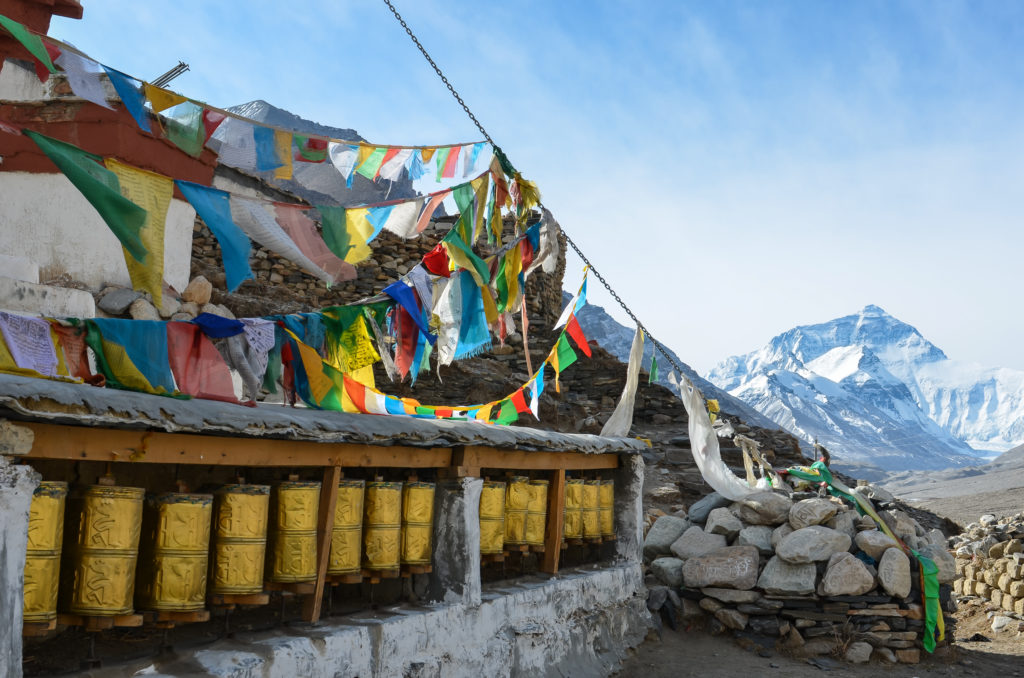 Tibet is an extraordinary travel destination, so much history and mystery. Tashilhunpo Monastery is the seat of the Panchen Lama. The monastery architecture is a grand view to behold. Topping the red building complex are gold roofs that shine under the sunshine. There is a busy cobbled pilgrimage circuit around the monastery.

Located in the Lhasa downtown, Barkhor Street surrounds the Jokhang Temple. It is a commercial centre and a magnet for pilgrims who are performing circumambulation around the temple. The street is full of small shops selling almost everything you would like to take as a souvenir and is a fantastic place to experience local Tibet life. If you are into photography, this one of the best places in Tibet to take traditional life photos. History of Barkhor Street is interesting. After the Jokhang Temple was built, countless pilgrims performed circumambulation around the temple. Gradually, a path formed around the temple which was later built into a street. Today, you can see some of the best examples of Tibet traditional architecture here as the street is full of shops, hotels, restaurants. Although the street is now a busy commercial centre, the pilgrimage is still the biggest activities here. Potala Palace, Jokhang Temple and Barkhor Street can be packed in a single day tour. Still, it is wise to spend some good time here since there are some nice restaurants and good opportunities to buy souvenir here.

Tibet trekking top places : Mount Shishapangma is one of only 14 peaks reaching 8000m in the world. You can make the dramatic trek to base camp 4980m in as little as a week and if you have an extra few days continue on to Advanced Basecamp at 5400m (17,700 feet). The hiking here is not so difficult as its mostly on decent trails and then across the rockier moraines to the base camp. Most the time trekkers need to arrange to go as part of an organized climbing group but of course will return after meeting their objective. Either way this trek is a great way to get a close look at one of the worldâ€™s greatest mountains.

Located at the center of the old Lhasa, Jokhang Temple is the spiritual center of Tibet. Built in 647 by Songtsen Gampo, it has a history of more than 1,300 years. The temple is the fine product of Han, Tibetan and Nepalese architecture techniques. Visitors will be treated to the sight of various exotic and sacred sculptures. Jokhang Temple also houses many invaluable cultural relics. Every year, the Great Prayer Festival is held here. The temple was called the Tsulag Khang or ‘House of Wisdom’ but it is now known as the Jokhang which means the ‘House of the Lord’. Jokhang Temple has remained a key center of Buddhist pilgrimage for centuries. It was sacked several times by the Mongols, but the building survived. In the past several centuries the temple complex was expanded and now covers an area of about 25,000 sq. meters. There is a walled enclosure in front of the Jokhang which contains some willows called the Jowo Utra (‘Hair of the Jowo’) and a doring or inscribed pillar erected by the Chinese in 1793 during a smallpox epidemic. It records the Sino-Tibetan treaty of 822 concluded by King Ralpacan and includes ‘China and Tibet’s vow of eternal peace and mutual respect of the borders of their independent states’ as well as advice on hygiene measures to prevent smallpox. The Jokhang Temple complex has several decorated shrines and rooms. The main hall of the temple houses the Jowo Shakyamuni Buddha statue, perhaps the single most venerated object in Tibetan Buddhism. There are also famous statues of Chenresig, Padmasambhava and King Songtsan Gambo and his two famous foreign brides, Princess Wen Cheng (niece of Emperor Taizong of Tang Dynasty) and Princess Bhrikuti of Nepal. For most Tibetans it is the most sacred and important temple in Tibet. Along with the Potala Palace, it is probably the most popular tourist attraction in Lhasa. It is part of the UNESCO World Heritage Site ‘Historic Ensemble of the Potala Palace’.

Explore Tibet International Travel Co.,Ltd is a legal entity that is registered as an Tibet travel company based out of Lhasa of Tibet. Explore Tibet is the top local Tibetan travel agency with Tibet tours developed by our team of local Tibetan tour guides utilizing their intimate knowledge of Tibetan culture, history and environment. We specialize in tailor-made bespoke tours across the entire Tibetan plateau. It is our mission to help travellers experience Tibet as we do. This is why most of our travelers are returning travelers or direct referrals from our previous clients. Read more info on Travel Tibet.