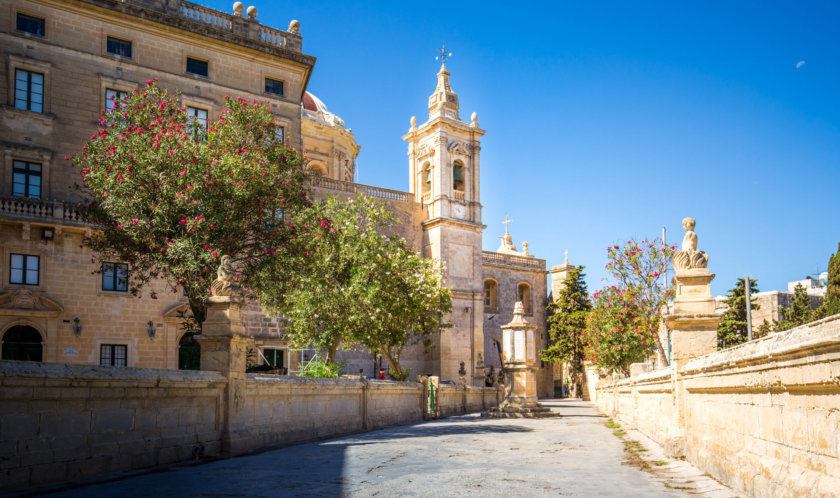 Just outside the Mdina ramparts is the neighboring town of Rabat. Tourists can see both cities in the same day; Mdina and Rabat are sometimes considered to be one unified urban area. In Maltese, the word “Rabat” means “suburb.” Rabat is less touristy and more modern than Mdina, but there are noteworthy historical attractions. One of the hidden gems is the Casa Bernard, a grand 16th-century house that belonged to a noble Maltese family of French origins. Although the Casa Bernard is still a private residence, it is open to the public for guided tours. The Roman Villa archaeological site boasts some of the finest 1st-century BC Roman mosaics in the world. A key landmark tied to Malta’s Christian heritage, the 17th-century Church of Saint Paul, stands above the Grotto of Saint Paul, where it is said that the saint found refuge during his stay in Malta.

Ben Estates Ltd offers its prestigious clients a variety of real estate services including Residential Sales/ Lettings, Sites/ Plots for developments, Commercial Letting/ Sales, Property Valuation, Property Management and more. We work hard on keeping ourselves up to-date so as we are always in a position to give you the best possible property advice, from helping you find your ideal home, to assistance with the bank finance and guidance on legal /tax issues in Malta. We may also assist you in finishing and furnishing your property and in return saving you time and money. See extra info on property for sale in Malta.

From Valletta, you can easily reach the Three Cities. Go to Upper Barrakka Garden and take the panoramic elevator (Barrakka Lift) to go downstairs. Then, cross the street and continue to the left to reach the boat departure point. Tickets are sold inside the boat. Round trip tickets are 2.80? per person and it’s a 10min trip. It will drop you off in the city of Birgu, the biggest of the 3 cities (the 2 others are Senglea and Cospicua). They all have their unique features but they do have one thing in common; the views over Valletta. The best way to explore the 3 cities is just to wander around on foot! Mdina is the former capital of Malta. During the Middle-Ages (before the Order of Malta), the government and other administrations were located there. It was called “Citta Notabile”, the noble city. When the Order arrived, knights decided that they needed to be close to their ships and Valletta became the new capital. Also called “the Silent City”, Mdina is a fortified city loved by tourists for its charm and quiet streets.

The Hal-Saflieni Hypogeum in the city of Paola is the only prehistoric underground temple in the world. The temple consists of halls, chambers and passages carved out of rock. Thought to be originally a sanctuary, it became a necropolis in prehistoric times. The complex is grouped in three levels – the upper level (3600-3300 BC), the middle level (3300-3000 BC), and the lower level (3150 -2500 BC). The deepest room in the lower level is 10.6 meters (35 ft) underground. Only a limited number of visitors are allowed entry and there can be a 2-3 weeks wait to get a ticket. Source: https://www.benestates.com/for-sale.